The road transport industry is fully aware of its responsibilities to enhance security in the supply chain in an era where the risk of terrorist attacks is an unfortunate reality. As such, national road transport associations from more than 70 countries developed already in 2004, IRU voluntary guidelines on road transport security containing special recommendations for transport managers, drivers, shippers, dangerous goods transport operators and international operators working closely with customs.

The IRU and its member associations have also fully cooperated with the World Customs Organisation (WCO) as well as with the European Commission on the elaboration of the concept of the "Authorised Economic Operator" and the scheme of pre-notifications for cross-border traffic.

Within the UN, the IRU, together with other trade and transport organizations, has actively contributed to a security regime for transport of dangerous goods.

Bertil Dahlin, President of the IRU Goods Transport Liaison Committee, said, "Hauliers are faced with a plethora of rules and regulations on security and they are completely lost in the jungle of requirements. There are too many international bodies dealing with the same subject. It seems that the present proposal for a draft EU Regulation will do little more than only add to the confusion. It is not clear how the "secure operator" will fit the scheme of the WCO?s or the EU Customs Code?s "Authorised Economic Operator" system, not to speak about the ISO accreditation scheme or the planned CEN norms and how in reality the mutual recognition between the various systems would work. The proposal is very vague also on how mutual recognition between the EU and the US security systems could be assured. It looks as if the European Commission has failed to firstly co-ordinate among its own services let alone with international bodies, like the UN and WCO who are already effectively dealing with the issue in co-ordination with the IRU."

The IRU does not question the good intention to create a general security framework instead of a patchwork approach but it insists that such a framework should be based on existing obligatory and voluntary schemes without inventing new security systems.

Hubert Linssen, IRU General Delegate to the EU, added, "The idea to make the "secure operator" scheme voluntary, at least for the time being, is good, but the fact that Member States would be able to limit access to transport installations and infrastructure to "secure operators" only questions the voluntary principle. In addition, the third country dimension of the draft remains in the dark and there is a real danger of discrimination regarding non-EU supply chain operators who risk not having access to the proposed security accreditation schemes."

The IRU is extremely concerned about the financial implications of the proposal which might run into Euro 48 billon for implementation and 38 billion for annual maintenance costs according to preparatory studies elaborated by consultants for the European Commission. The proposal keeps silent about the role and responsibilities of the state in maintaining security and the bulk of these exorbitant amounts would have to be shouldered by the road transport industry without certitude that security would be enhanced for the industry itself or the society as a whole. The IRU appeals to the European Parliament and Council to strike a better balance between costs and benefits for the private industry, in particular due to the fact that the consultants have proposed to the Commission to transform the "secure operator" scheme into a mandatory regime in a few years’ time. 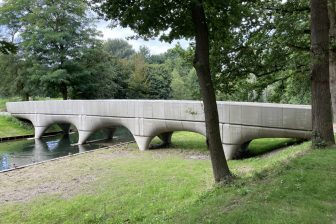 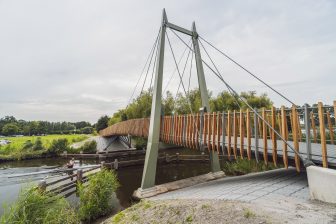 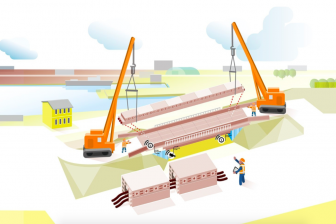