Siemens is to install the European Train Control System (ETCS) Level 2 on the rail link between Chitila and Crivina in Romania. Romanian Railways (CFR: Ca(ile Ferate Române) has placed the order with a consortium made up of Siemens, Thales and Nokia Siemens Networks. The deal is worth around 35 million Euros. Commissioning of the first ETCS Level 2 line in Romania is planned for 2014.

The 38 kilometer long link forms part of the Pan/European rail traffic corridor IV, running from Germany through Slovakia, Hungary, Romania and Bulgaria to Turkey. Siemens will supply two Simis W electronic inter/locking systems, the Vicos operations control system, the onboard units and 90 Eurobalises. The components will be manufactured in Braunschweig and Berlin.

By means of standardized interfaces between vehicle and track, the ETCS ensures interoperability across national borders. In this track section, vehicles equipped with ETCS technology work out their respective location themselves and transmit it cyclically to the RBC. From the connected interlocking towers the RBC receives the con/stantly updated process image and grants the vehicle permission to proceed by means of radio data transfer.

The information is shown on the driver’s cab display. The digital system GSM/R (Global System for Mobile Commu/nication/Railways) is used for transmission; Eurobalises serve as reference points for localization. 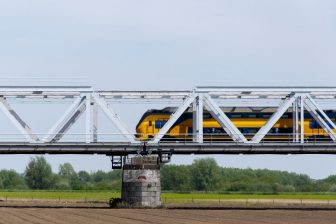 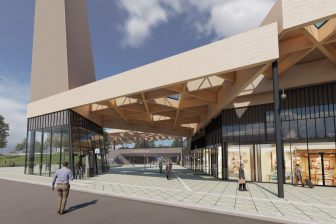