West Palm Beach, United States of America – Rinker Group Limited (“Rinker”) has expanded the group’s operations in the US Pacific north-west,
with the acquisition of one of the leading construction materials producers in Salem, Oregon – the Walling Sand & Gravel companies (“Walling”).

Walling, a privately-owned group of companies, was established in 1940. It is the number two aggregates producer in Salem, with around 25 per cent of the local market. Walling’s West Salem quarry is the largest quarry in the region. It commenced operations in 2005 and has extensive
reserves. Walling also comprises an asphalt plant and paving operation and a concrete plant.

Rinker’s US subsidiary Rinker Materials has an existing business in Portland, Oregon – 50 miles (80
kilometres) north of Salem – which was acquired in 2002. Walling will be a “bolt-on” to the Portland
operation.

Salem, Oregon’s capital, is the state’s second largest city after Portland. The metropolitan area
population is around 370,000 and growing above the US average, at around 1.5 per cent per annum. Major industries include agriculture, food processing, forest products and education and underpin a steady, projected growth in employment. The regional construction outlook is positive, with the housing slowdown expected to be offset by
strong non-residential and infrastructure spending.

More than US$90 million has been awarded for Oregon Department of Transportation projects in the Salem region, which are due for completion by 2008. Projects include a third bridge across the Willamette River to accommodate expected growth in the Salem area. Salem also has seven established Urban Renewal areas covering over 3,300 acres (1,335 hectares), which will involve significant future public and private construction spending.

Rinker Chief Executive David Clarke said the area was an attractive growth market.
“Walling is a well-established business with strong market positions, and is a good strategic fit for Rinker Materials,” he said.

Rinker has invested around US$2 billion in over 50 acquisitions since 1998, together with around US$1 billion in the development of new quarries and operating plants and expansion of the base business. One of the world’s top 10 construction materials groups, Rinker has operations in aggregates, cement, concrete, asphalt and concrete pipe and products. Annual revenue is over US$5.1 billion. Rinker has over 13,000 employees in 774 sites across the US, Australia and China. Around 80 per cent of group
revenue comes from the US.

Important Legal Information
This communication has been made public by Rinker Group Limited (“Rinker”). Investors are urged to
read Rinker’s Target’s Statement and Solicitation/Recommendation Statement on Schedule 14D-9
(including each exhibit thereto), which was filed by Rinker with the U.S. Securities and Exchange
Commission (the “SEC”) on November 28, 2006, and all amendments thereto, as they contain
important information. Copies of the Solicitation/Recommendation Statement (including this Target’s
Statement and the other exhibits thereto) are, and other public filings made from time to time by
Rinker with the SEC which are related to the offer (the “Offer”) by Cemex Australia PTY Ltd, a whollyowned
subsidiary of Cemex S.A.B. de C.V., will be, available without charge at the SEC’s website at www.sec.gov or at Rinker’s website at www.rinker.com

This communication contains a number of forward-looking statements based on management’s
current views, expectations and beliefs as of the date of this communication. Such statements can be
identified by the use of forward-looking language such as “may,” “should, “expect,” “anticipate,”
“estimate,” “scheduled,” or “continue” or the negative thereof or comparable terminology. Such
forward-looking statements are not guarantees of future results or performance and involve risks,
uncertainties and other factors, including: the general economic and business conditions in the United
States and Australia; trends and business conditions in the building and construction industries; the
timing and amount of federal, state and local funding for infrastructure; competition from other
suppliers in the industries in which Rinker operates; changes in Rinker’s strategies and plans regarding
its ongoing business strategy, acquisitions, dispositions and business development; Rinker’s ability to
efficiently integrate past and future acquisitions; compliance with, and potential changes to,
governmental regulations related to the environment, employee safety and welfare and other matters
related to Rinker; changes in interest rates, weather and other natural phenomena, energy costs,
pension costs; healthcare costs; outcomes of legal hearings such as the Lake Belt challenge and other
risks and uncertainties identified in our filings with the Australian Stock Exchange and the SEC. Rinker
can give no assurances that actual results would not differ materially from any forward-looking
statements contained in this communication, particularly in light of the many risks and uncertainties
regarding the Offer. None of Rinker, Rinker’s officers, any persons named in the Target’s Statement
with their consent or any person involved in the preparation of the Target’s Statement makes any
representation or warranty (express or implied) as to the accuracy or likelihood of fulfilment of any
forward-looking statement, or any events or results expressed or implied in any forward-looking
statement, except to the extent required by law. You are cautioned not to place undue reliance on
any forward-looking information. 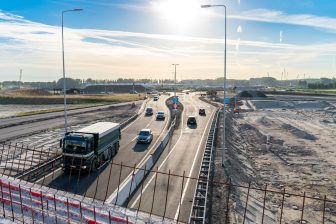 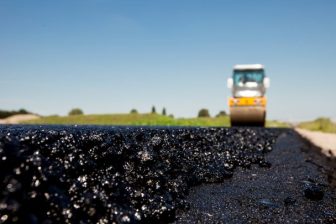 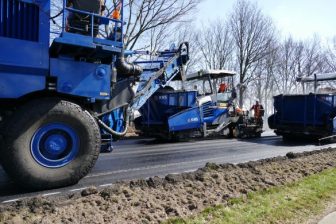