Improving safety at sea in Europe

Brussels, Belgium – The recent accidents off the English and Italian coasts illustrate the need to expedite the proposals made by the European Commission to improve safety at sea in European waters. Back in November 2005, acting on the initiative of Vice-President Jacques Barrot, it had proposed a new package of legislative measures relating to maritime safety with a view to improving accident prevention and dealing more effectively with the aftermath of accidents.

"These two accidents highlight the urgent need to step up Europe’s maritime safety measures" said Jacques Barrot, the Commission Vice-President with special responsibility for transport, in the wake of the two accidents off the southwest English coast and in the Strait of Messina off the Italian coast.

One of the Commission’s proposals is aimed at tightening up the requirements of the existing directive on vessel traffic monitoring in order to improve the provision of places of refuge for ships in distress. The proposal establishes the principle that ships in distress must be provided with a place of refuge on the basis of an assessment of the situation by the competent authority, and seeks to ensure that a decision is taken by an independent authority acting in the general public interest and not subject to local pressure, the aim being to reduce the risk of serious pollution affecting the coastline of several Member States.

The Commission welcomes the effectiveness of the action taken by the UK authorities to assist the MSC Napoli, which was based on independent decisions taken following an objective analysis of the situation, making it possible to avoid a major disaster. That is why the Commission considers that it is essential to expedite this proposal, and is counting on the support of the German Presidency and the Member States in the Council to accept the principle of providing a place of refuge and to ensure that independent decisions are taken.

The MSC Napoli may cause damage to third parties as a result of its cargo of toxic products and pollution by its bunker oil. There are international conventions on liability and compensation for these two types of damage: the Hazardous and Noxious Substances Convention and the Bunker Oil Convention. In this connection, the Commission is concerned about the failure of Member States to ratify these conventions, and repeats its call for ratification as soon as possible in order to ensure that compensation is provided for damage caused by ships.

The Commission considers that it is also crucial to make progress on the other parts of the third maritime safety package. In particular, it proposed a regulation on compensation for injuries to passengers in the event of maritime accidents, including those occurring on domestic journeys. The collision in the Strait of Messina between a ferry and a container ship, which resulted in dozens of injuries and deaths, highlights the need for action at Community level.

Lastly, the Commission stresses the need to identify the factors involved in these accidents. In this context, it considers that the adoption of its proposal for a directive on post-accident investigations would ensure effective, objective and transparent maritime investigations.

The Commission welcomes the European Parliament’s support for the third maritime safety package. It also intends to work closely with the German Presidency to ensure that decisive progress is made on the entire package over the next few months. 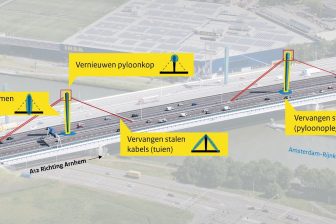