Oslo, Norway – The figures presented by Veidekke for the first quarter 2007 show substantial growth in turnover, good profit performance and an even stronger order situation. Housing production is satisfactory and stable. Health and safety figures are good and sickness absence is falling. "A fine start to the year," says President and CEO Terje R. Venold.

"It is true that the first quarter is not the best quarter, earnings wise, for us as a company, but we can present an altogether positive picture for the whole Group," says Mr. Venold. "We are satisfied with the way volumes, margins and orders-on-hand are developing. But we’re like athletes – the next medal is the one we have to focus on," he adds.

The figures for Veidekke’s operations in Norway at the end of the first quarter show an increase in activity in construction and in housing development. The level of housing production for Veidekke’s own account remains generally high, albeit with some geographical variations.

The situation in the industry division naturally reflects the fact that asphalt operations have been confined to making preparations for the season that starts around this time. The division’s other areas of activity are making good headway.

Activity is also generally high in Veidekke’s Danish company, Hoffmann A/S, and building operations show a rising profit trend. Overall profits are however affected by heavy construction figures, and in particular by a couple of earlier problem projects.

Sweden is the market in which Veidekke reports most growth. Building and construction operations show substantial growth in all three regions where Veidekke is represented. Profit performance is good for building operations, while heavy construction is still characterised by controlled capacity building. Property development continues to develop satisfactorily, with a number of new, well-situated housing projects.

The Group’s total orders-on-hand stood at no less than NOK 13.4 bn at the end of the first quarter.

VEIDEKKE ASA
Veidekke ASA is a leading Scandinavian building contractor and property developer with 6,350 employees and an annual turnover of NOK 16.4 billion (2006). Veidekke is listed on the Oslo Stock Exchange. It has a wide group of shareholders and 14% of the shares are held by the company’s employees. The company’s activities cover a large range of building and construction contracts, development of housing and commercial projects for private and public customers, asphalt operations and road maintenance, and collection and recycling of waste. 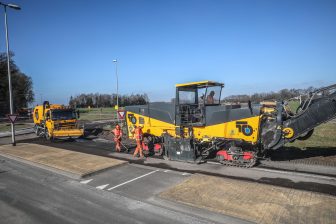 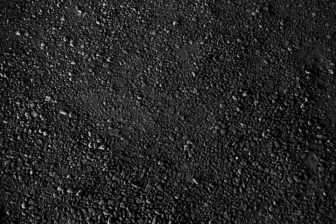 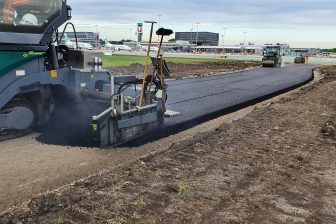