26 Betuweroute locomotives to be equipped with ALSTOM ETCS and ATB

Saint Ouen Cedex, France – The Deutsche Bahn AG has awarded a contract to a consortium of Siemens Transportation Systems (TS) and ALSTOM Transport to equip 26 Siemens multi-system locomotives of series 189 with the European Train Control System ‘ETCS’ and with the Dutch train control system ‘ATB’. The contract includes an option for the equipment of a further 18 locomotives.

ALSTOM Transport’s scope of supply comprises the delivery of the ETCS and ATB control systems as well as the technical approval of the control equipment in the Netherlands. The ETCS equipment Level 2 will be produced at ALSTOM Transport’s works in Charleroi, Belgium.

The share of the consortial leader Siemens comprises the equipment of the locomotives. Siemens will also be responsible for the engineering and the approval for 1.5 kV dc voltage as common in the Dutch traction power supply and for the 25 kV ac voltage as installed on the Betuwe route.

From 2007, the ETCS equipment will allow a border-crossing traffic on the so-called Betuwe route between the Dutch port of Rotterdam and the industrial region of North Rhine-Westphalia without a time-consuming loco exchange. This project, which is part of the planned European freight traffic corridor from Rotterdam to Genoa, aims to simplify the crossing of borders, shorten the traveling times and increase the operating efficiency on the lines.

Around 110 kilometers of the 160-km-long Betuwe route are already equipped with the ETCS by ALSTOM Transport, which has also equipped the line Mattstetten – Rothrist (Switzerland) and Rome – Naples (Italy). 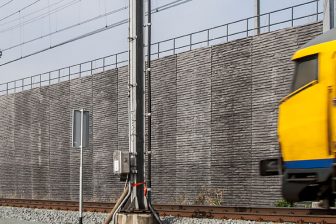 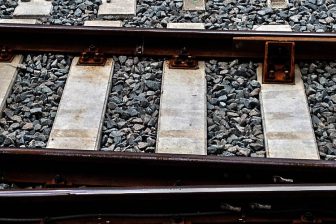