Brussels Belgium – To develop the longer-term perspective in the field of Public-Private bodies dealing with European Security research, a “Group of Personalities”, composed of high level industrialists, Members of the European Parliament, and representatives of international organisations and research institutes, chaired by Commissioners Busquin and Liikanen, was set up. They presented a report to the Commission in 2004. As a follow-up to this report, the Commission adopted the Communication ‘Security Research: The next Steps’ (COM(2004)590 final) on 7 September 2004 which subscribed to the main thrust of the recommendations of the Group of Personalities.One of the actions the Commission announced was its intention to create a ‘European Security Research Advisory Board’ (ESRAB). The Board included high level strategists, with a responsibility relating to security research, from a broad spectrum of stakeholder groups including public and private users, industry, the European Defence Agency and research establishments. The board published its final report on 22 September 2006. One of the recommendations was the creation of ESRIF to foster greater dialogue and a shared view of European security needs.

The creation of a “European Security Research and Innovation Forum” (ESRIF) was announced at the “2nd European Conference on Security Research” in Berlin on 26 March 2007 by the German Minister for Education and Research, Ms. Annette Schavan and Commission’s Vice Presidents Günter Verheugen and Franco Frattini.

The importance of Public Private Dialogue in Security Research
Public-private dialogue in the field of security research is important to increase the security of infrastructures and utilities, fight organised crime and terrorism, help restore security in a crisis, analyse political, social and human issues related to security research and improve surveillance and border control.

Research and public private partnerships have a role to play in protecting critical infrastructures (see the 12th of December 2006 policy package on EPCIP European Programme for Critical Infrastructure Protection – EPCIP) such as airports, railway stations, roads, power stations, dams and bridges. They can also help make travel documents more secure and link reliably the document and its holder. Considering possible human rights implications of new technologies is also part of what public and private stakeholders need to do in partnership.

By ensuring the connection between security research and security policy making, ESRIF will contribute to delivering more effective policies and ultimately better security to EU citizens.

The European Union has responded to the need for more security research with two seven-year Framework Programmes in the area of Security, with a total funding of € 2.135 billion over the 2007-2013 period. These are the FP7, which includes for the first time a Security theme, and the EU Framework Programme on ‘Security and Safeguarding Liberties’. Moreover, several EU Member States have developed and launched their own complementary national security research programmes. ESRIF will hence go beyond FP7 security research; it will go towards meeting long term security research and technological development needs throughout the EU to be covered by national, EU and private investments.

This dialogue should also enable coherent research programming and funding that lead to better innovation. This will ultimately strengthen the EU security market and the competitiveness of industry and other providers of technologies and solutions.

The functioning of ESRIF
The ESRIF will be set up in agreement with the Member States and organised by stakeholders.

It will have a single plenary with a balanced representation of all stakeholders in security research, from the public and private sectors, i.e. industry, research establishments, public and private end-users, civil society organisations, European institutions, in particular the European Parliament, and European organisations. To ensure both satisfactory representation of all stakeholder groups and operability, the target size of the plenary is 50-70 members. Members have been nominated by their Member States. Chairperson will be elected in the constitution phase of ESRIF.

In addition, a number of working groups will be defined by the ESRIF after its constitution and will involve an estimated total of 200-300 contributors, with smaller ad-hoc groups to take forward particular activities. Structure, number, duration and mandate of ESRIF working groups and their leaders are determined by ESRIF plenary as required. Contributors are nominated and invited by ESRIF members.

A group may be created to accompany the process at political level at specific stages, in particular for the preparation of the final ESRIF report.

ESRIF is informal, voluntary, consultative and co-owned by the stakeholders. In view of the potential benefits of such a forum, the Commission will participate actively in its proceedings.

2007-09-11 is the ESRIF’s inaugural meeting and it is expected to be fully operational later in the year. The ESRIF will present a Joint Security Research Agenda towards the end of 2009. This Joint Security Research Agenda will contain, where appropriate, recommendations to public authorities. ESRIF will be established for a limited period of time, until the end of 2009.

For more information on the activities of Vice-President Verheugen, please visit his website at: http://www.ec.europa.eu/commission_barroso/verheugen/index_en.htm

For more information on the Commission’s security research programme: http://ec.europa.eu/enterprise/security/index_en.htm

For more information on the activities of Vice-President Frattini, please visit his website at: http://www.ec.europa.eu/commission_barroso/frattini/index_en.htm

For more information on funding opportunities in the Justice, Freedom and Security policy areas: http://www.ec.europa.eu/justice_home/funding/intro/funding_intro_en.htm 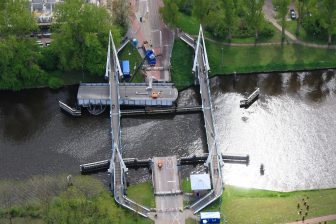 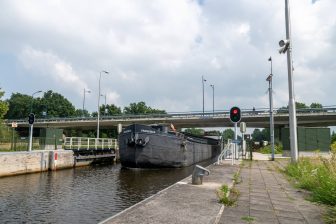