Alstom Transport plans to adjust some of its European manufacturing sites

On 22 March 2011, Alstom presented to the members of its European Works Forum (EWF) a draft adaptation plan focused on some industrial sites of its Transport Sector in Germany, Italy and Spain. This plan is designed to address the lower demand in these countries and to keep the competitiveness of its industrial base.

In Germany, the planned reduction of 700 positions in the Salzgitter factory would address the necessary improvement of its competitiveness and its insufficient expected workload.

The workload of the Barcelona factory, in Spain, and of several Transport sites in Italy have also been affected by the low level of orders placed by the national operators. Consequently, the plan forecasts a reduction of 400 positions in Barcelona and 280 positions in the Italian sites, including the end of operations of the Colleferro site (145 positions) announced on 25 February 2011 to the EWF.

The planned reduction therefore represents a total of 1,380 positions. The non-renewal of temporary contracts in the concerned sites would be added.

In accordance with the company’s collective agreements and with the recent agreement signed with the European Metalworkers’ Federation, the company and employee representatives have defined an information and consultation process at the European level, as well as in the affected sites. The company is committed to supporting the employees concerned by these plans in every possible way. 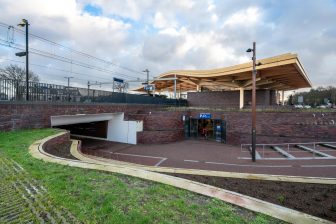