Royal Philips (NYSE: PHG, AEX: PHIA) December 12, 2016 announced that it has signed an agreement to sell an 80.1% interest in Lumileds, a leading supplier of LED components and automotive lighting, to certain funds managed by affiliates of Apollo Global Management, LLC (NYSE: APO) (together with its consolidated subsidiaries: “Apollo”). Philips will retain the remaining 19.9% interest* in Lumileds.

The transaction values Lumileds at an enterprise value of approximately USD 2 billion, including debt and debt-like items. Philips expects to receive cash proceeds, before tax and transaction-related costs, of approximately USD 1.5 billion and participating preferred equity**. The transaction is expected to be completed in the first half of 2017, subject to customary closing conditions, including the relevant regulatory approvals.

“With this transaction, we will be completing an important phase of the transformation of our portfolio and I am satisfied that in the Apollo managed funds we have found the right owner for Lumileds,“ said Frans van Houten, CEO of Royal Philips. “In line with our strategic focus on health technology, Lumileds has been operating as a standalone company within Philips since early 2015. With Apollo managed funds acquiring a majority interest in Lumileds and partnering with Philips, Lumileds is now well-positioned for further growth and value creation, building on its robust innovation pipeline, technology leadership and strong customer base.”

Apollo is a leading global alternative investment manager with assets under management of approximately USD 189 billion*** in private equity, credit and real estate funds, invested across a core group of nine industries, where Apollo has considerable knowledge and resources. Apollo managed funds have a long and successful track record of acquiring and growing businesses in partnership models of co-ownership with former parent companies.

“We are extremely excited about the opportunity for our managed funds to acquire Lumileds,” said Robert Seminara, Senior Partner at Apollo. “We look forward to partnering with Philips and the outstanding management team and employee base at Lumileds, and bringing in Apollo’s resources to support the continued growth and innovation of this industry-leading business.”

“I am convinced that together with the Apollo managed funds, Lumileds will sharpen its focus and accelerate innovation in its leading product portfolio of lighting components,” said Pierre-Yves Lesaicherre, CEO of Lumileds. “With our strong R&D programs and intellectual property, we are ready to address the current and future needs of our customers. Lumileds will work closely with its industry partners and customers and capture growth opportunities in an exciting industry.”

Lumileds is a leading supplier of lighting components to the general illumination, automotive and consumer electronics markets with operations in more than 30 countries and has approximately 9,000 employees worldwide. In 2015, Lumileds generated sales of approximately USD 2 billion.

* As part of the agreement, Philips will retain its 19.9% interest in Lumileds for a minimum period of three years following completion of the transaction, subject to customary drag-along and tag-along conditions or an IPO.
** Upon completion of the transaction, Philips will receive participating preferred equity through which Philips will be entitled to an incremental share of the future value creation, depending on the achievement of certain returns by Apollo managed funds.
*** As of September 30, 2016. 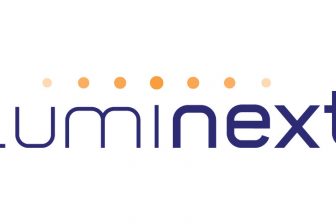 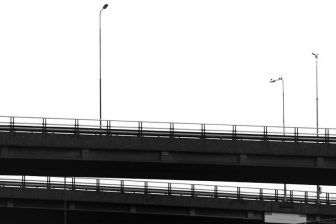