Brussels, Belgium – Chief Executives from 30 rail infrastructure organisations were gathered in Brussels 2008-05-22 to discuss a number of key issues facing the rail industry. The meeting, hosted by Infrabel, the Belgian rail infrastructure manager, dealt with topics including improving rail performance in Europe and facilitating easy cross border operation. The meeting was co-organised by the association of European Rail Infrastructure Managers (EIM) and the Community of European Railway Companies and Infrastructure Managers (CER).

Mr. Luc Lallemand, CEO of Infrabel, argued for real interoperability and creating a single European railway market without any borders for clients. To this end, he called for the setting up of a task force to tackle current operational issues. The proposal was widely endorsed by the group. There would be many benefits from such a scheme in dealing with the rapidly increasing rail traffic in Europe. Such task forces are also widely used by other network industries like the energy sector.

Mr. Michael Robson, Secretary General of EIM said, “This is a concrete action which will improve performance and capacity utilisation of the network, enabling the railways to deal with the growth in traffic, especially freight.”

The debate between the CEOs also focused on the topic of improvements through better performance measure on a European basis and increasing interoperability in Europe, for example by means of a unified signalling system (ERTMS). Both measures would improve efficiency of the railways, lead to better utilisation of tax monies and ensure increased service and punctuality levels for both freight and passenger traffic.

The evening before the official meeting, Mr Matthias Ruete, Director General of DG Tren, highlighted the European Commission’s expected initiatives aimed at ensuring that all Member States fully endorse the initiatives of the first railway package.

The CEOs continued the debate with Mr. Grillo-Pasquarelli, Director for Inland Transport at the European Commission’s Directorate General for Transport, focussing on the measures needed to revitalise the European rail industry by improving efficiency and performance and increasing interoperability. In particular, Mr. Grillo-Pasquarelli pointed to four key issues: the reinforcement of management of the performance of the rail system, the creation of long term incentives to maintain infrastructure, increasing interoperability and developing a freight-oriented network in Europe.

The debate made it clear that railways can certainly improve in many ways, but improved performance is very difficult to achieve without ensuring adequate reliable funding and investment in infrastructure. It was also pointed out that it is necessary to relate performance measures such as punctuality with traffic density on the network in order to present an appropriate picture of performance and the scope for improvements.

Mr. Johannes Ludewig, Executive Director of CER said, “This was a good and fruitful meeting, clarifying the future agenda for the railway sector as well as for European political decision makers.” 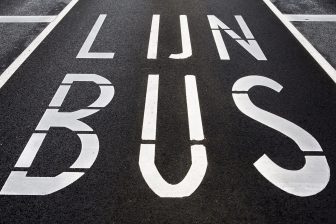