Alstom: two new projects worth a total of €300 ml

Saint Ouen, France – Alstom has been selected by the Algerian public transport operator EMA (Entreprise du Métro d’Alger) to supply “turnkey” tramway systems for the cities of Oran and Constantine. The two projects will involve the civil engineering, rolling stock and infrastructure. They represent a total amount of approximately €660 million, of which around €300 million for Alstom.

The project for the city of Oran calls for an 18 kilometre-long line, serving 32 stations. The TRAMNOUR consortium is made up of Alstom Transport and the Spanish group Isolux CORSAN. Alstom will supply 30 Citadis tramways, which will be manufactured at the company’s factory in Barcelona (Spain), the operating system (signalling and telecommunications), the depot equipment and the substations. Isolux COrsan will be in charge of the civil engineering, the track, the engineering and the overhead lines.

The Constantine project concerns an 8 kilometre-long line, serving 11 stations. The consortium is made up of Alstom Transport and the Italian company Pizzarotti. Alstom will supply 27 Citadis tramways, the track, electrical power supply, operating system (signalling and telecommunications) and the depot equipment. Pizzarotti will perform the civil engineering works.

These projects form part of the Algerian government’s development programme to respond to the growing need for public transport. Alstom had previously been entrusted with a “turnkey” project by EMA, in 2006, for the construction of the Algiers tramway. 41 Citadis trainsets will in future operate on the first tramway line, linking the centre of the city with the new districts to the east. The line, currently under construction, will measure 23.2km and boast 38 stations.

After Tunis, Algiers and Rabat, the choice made by the cities of Oran and Constantine confirms Alstom’s position on the urban transport market in North Africa, a market that is currently experiencing strong growth. Over time, a total of almost 180 Citadis trainsets will operate in these five cities, three of which are the capitals of their country.

These successes demonstrate Alstom Transport’s ability to manage entire transport projects, offering solutions that include the rolling stock, signalling, infrastructure and services. This “turnkey” market is a strongly growing one, due to the fact that the growing complexity of technical solutions and infrastructure projects is leading increasing numbers of customers to demand complete solutions. Alstom is currently managing projects of this type, such as the new section of London-Paris line, the Singapore metro and the Reims tramway in France, in around twenty countries across the world.

To date, over 1,100 Citadis have been orderedby 28 cities acros the world and more than 60 other cities have a tramway project scheduled for the next few years. The tramway is enjoying undeniable success becaue it allows for the development of sustainable mobility, a rethinking and revitalizing of urban spaces, the protetion of architectural heritage, and because it can contribute to the growth of cities. 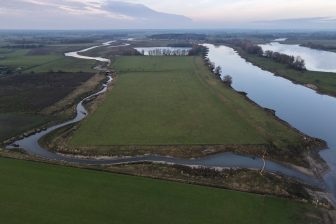