Paris, France – RFF has just given a call for bidders to create the GSM-R telecommunications network as a public-private partnership.

On 14 December 2006, RFF began consultation to give a partnership contract for the design, construction, deployment, usage, maintenance and financing of a GSM-R(*) telecommunications system. This consultation’s end goal is the start of an innovative financing in the railroad sector.

Deployment of GSM-R is planned for approximately 14,000 kilometres of railroad. 12,000 kilometres will be created as part of the partnership contract.

Construction of a first part covering the east of France, with service activation from 2006 to mid-2009, has been undertaken directly by RFF. Installations will be used and maintained by the future partner, who will ensure deployment of GSM-R throughout the rest of the territory.

As the project progresses, the GSM-R system will be opened to use by transportation companies that use the French national railway network.

The East European HSL will be the first in France to use this new telecommunications mode, which is compatible with European networks.

The project is estimated at 650 million euros.

(*) GSM-R (Global System for Mobile communication – Railway) is a digital telecommunications network dedicated to the needs of railway transportation professionals, and has the following advantages: 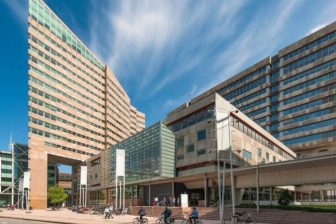