RATP and Alstom create Metrolab, a joint venture for developing the automatic metro of the future

At the 59th UITP World Congress and Exhibition in Dubai, RATP CEO, Pierre Mongin, and Alstom Transport President, Philippe Mellier, announced the creation of Metrolab, a research laboratory dedicated to developing the automatic metro of the future.

The creation of this joint venture, held equally by the RATP Group and Alstom Transport, demonstrates the shared commitment of the two groups to providing major conurbations with innovative and completely automated urban and suburban transport solutions, whether these concern new networks or renovations to existing systems.

Both groups have significant experience in evaluating short- and medium-distance transport needs in densely or very densely populated areas. Their combined expertise will allow Metrolab to develop complete systems covering infrastructures, rolling stock, signalling, passenger information, operations and maintenance. The solutions developed by Metrolab will be marketed by the RATP Group or Alstom Transport under the name Optimet.

Metrolab will initially have a staff of 15, all of them experts in integrating complex urban transport systems. It will be managed by two general directors, François Jasmin (RATP) and Didier Valiere (Alstom Transport). The position of Chair of the Board of Directors will be held by rotation: the Board will initially be chaired by Marc Chatelard (Alstom Transport) and then by Yves Ramette (RATP).

The company’s budget will be financed in equal parts by the two partners’ capital. The first research results will take shape by 2013 with a demonstration metro trainset.

RATP CEO Pierre Mongin made the following comments after the announcement of the creation of Metrolab: “I am very pleased with this strategic agreement between two major companies whose technical skills are complementary and whose expertise is globally recognised. In a world where urban transport needs are increasing, Metrolab will allow us to design a new generation of metros matching the needs of the major cities of tomorrow. RATP will contribute its expertise as operator and maintainer to help serve complex urban networks combining service quality and complete safety.”

“Alstom is very pleased to combine its 70 years of international metro experience with the expertise of the RATP Group, one of the world’s leading operators,” said Philippe Mellier, President of Alstom Transport. “With Metrolab, we are preparing to meet the future needs of a market that appears particularly promising given that by 2015, over 500 cities worldwide will exceed one million inhabitants.”

The automatic metro, a growing market
There is a great deal of renewed interest in automatic metros around the world. The congestion of metro lines, linked to exploding urban demographics, is a real challenge for cities. One of the most effective solutions for preventing the saturation of networks and increasing their transport capacity is to automate signalling and metro operation. This makes it possible to increase the frequency of trainsets and reduce waiting time between two metros, in complete safety and with maximum comfort.

The increasing complexity of technical solutions and infrastructure projects is leading more and more customers to demand comprehensive turnkey solutions. It is this type of solution, guaranteeing overall cost and timeframe, which the research conducted at Metrolab will target. Both companies have a great deal of experience in this area, having already carried out similar projects in Singapore, Lausanne, Cairo, Shanghai, Caracas and Paris.

RATP
RATP has unparalleled expertise in the area of design and innovation (rubber-tyre metro, automatic metro etc.), construction, operation and metro maintenance. The metro networks of several major cities (Montreal, Santiago de Chile, Mexico City etc.) were designed by RATP’s teams. After the service launch of one of the largest automatic metro lines in the world (Line 14 of the Paris metro), RATP continued to innovate by automating one of the highest-traffic metro lines in Paris: Line 1.

Alstom Transport
One out of every four metros operating worldwide is an Alstom metro. In 70 years, Alstom has equipped over 45 cities with metros. Over 4,000 Métropolis cars have been ordered since the product line was launched in 1998. 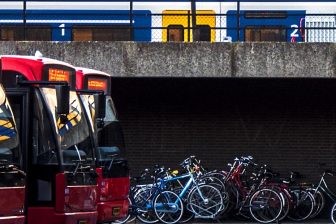 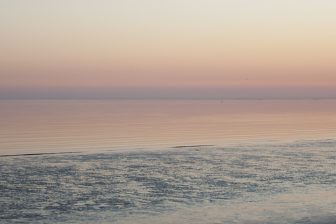