Rome, Italy – By 2025, 1.8 billion people will be living in countries or regions with absolute water scarcity, and two-thirds of the world’s population could be living under water stress conditions, FAO said 2007-02-14.

Water use has grown at more than twice the rate of population increase over the last century, making sustainable, efficient and equitable management of scarce water resources a key challenge for the future, according to FAO’s Pasquale Steduto, current Chair of the United Nations coordination mechanism, UN-Water.

Coping with water scarcity
In 2007 FAO is also the coordinating agency within the UN system for World Water Day which is observed every year on 22 March. This year’s theme, “Coping with Water Scarcity”, highlights the need for increased cooperation at international and local levels to protect global water resources.

Coping with water scarcity requires addressing a range of issues, from protection of the environment and global warming to equitable distribution of water for irrigation, industry and household use. Even people in areas with plenty of freshwater experience water scarcity when they are unable to gain access to enough water for their basic needs.

Worldwide, 1.1 billion people do not have access to adequate clean water to meet their basic daily needs and 2.6 billion do not have proper sanitation.

Agriculture biggest water user
Agriculture is the number-one user of water worldwide, accounting for about 70 percent of all freshwater withdrawn from lakes, waterways and aquifers around the world. The figure is closer to 90 percent in several developing countries, where roughly three-quarters of the world’s irrigated farmlands are located.

Water shortages are most acute in the driest areas of the world, which are home to more than 2 billion people and to half of all poor people. Most countries in the Near East and North Africa suffer from acute water scarcity, as do countries like Mexico, Pakistan, South Africa, and large parts of China and India.

“Water has a major impact on the capacity of people everywhere to improve their lives,” says Pasquale Steduto, Chief of FAO’s Water, Development and Management Unit. “In many regions, farmers trying to produce enough food and income face the added challenges of repeated droughts and competition for water.”

Much of the answer to water scarcity can be found in farming-related techniques that harvest more rainfall, reduce waste in irrigation and increase productivity, and in changes in crop and dietary choices, Steduto says.

Joint effort
UN-Water is made up of the UN agencies that have a significant role in tackling global water concerns and includes major non-UN partners who cooperate with them in advancing progress towards the water-related goals of the Water for Life Decade (2005-2015) and Millennium Development Goals.

“Sound water resource management at all levels can help countries adopt flexible approaches that allow more people to have the water they need while preserving the environment,” Steduto says. “The global community has the know-how to cope with water scarcity, but we have to take action.”

Bron: Food and Agriculture Organization of the United Nations (FAO) 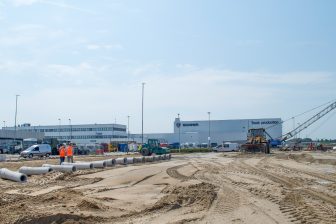