Brussel, BelgiÃ« – The European Commission on 2005-09-21 proposed an ambitious strategy for achieving further significant improvements in air quality across Europe. The Thematic Strategy on air pollution aims by 2020 to cut the annual number of premature deaths from air pollution-related diseases by almost 40% from the 2000 level. It also aims to substantially reduce the area of forests and other ecosystems suffering damage from airborne pollutants. While covering all major air pollutants, the Strategy pays special attention to fine dust, also known as particulates, and ground-level ozone pollution because these pose the greatest danger to human health. Under the Strategy the Commission is proposing to start regulating fine airborne particulates, known as PM2.5, which penetrate deep into human lungs. The Commission also proposes to streamline air quality legislation by merging existing legal instruments into a single Ambient Air Quality Directive, a move that will contribute to Better Regulation.

Environment Commisioner Stavros Dimas said: â€œThe air strategy will substantially improve Europeâ€™s air quality. It will prevent thousands of premature deaths from pollution-related illnesses and drastically reduce damage to crops, forests and other other ecosystems. Although there will be costs involved in improving air quality, these will be offset at least fivefold by the benefits to society as a whole.â€

Despite significant improvements in Europeâ€™s air quality driven by legislation and other factors, air pollution continues to have serious human health and environmental effects. The Commission has therefore developed a Strategy that establishes ambitious targets for protecting human health and the environment against air pollution which are achievable by 2020. The Commission has sought the most cost-effective solution that is consistent with the objective of growth and employment (the Lisbon Strategy) and the EU Sustainable Development Strategy.

It is estimated that the Strategy will deliver health benefits worth at least â‚¬42 billion per year through fewer premature deaths, less sickness, fewer hospital admissions, improved labour productivity etc.

This is more than five times higher than the cost of implementing the Strategy, which is estimated at around â‚¬7.1 billion per annum, or about 0.05% of EU-25 GDP in 2020. Although there is no agreed way to express damage to ecosystems in monetary terms, the environmental benefits of reduced air pollution are also significant. The Strategy will protect several hundred thousand square kilometres of forest and other ecosystems.

European companies could gain competitive advantage by focusing research and development on less polluting technologies that third countries will eventually need to adopt.

Current air quality legislation will be streamlined to help Member States implement it better. A legislative proposal is attached to the Strategy which will combine the existing Framework Directive on air quality, its â€˜daughterâ€™ Directives and a Decision on exchange of information. The proposed new Ambient Air Quality Directive would cut 50% of existing legal texts, clarify and simplify it and modernise reporting requirements. For the first time it would require reductions in average PM2.5 concentrations throughout each Member State and set a cap on concentrations in the most polluted areas.

At the same time, more flexibility will be given to the Member States. Where they can demonstrate that they have taken all reasonable measures to implement the legislation but are nevertheless unable to comply with air quality standards in certain places, it is proposed to allow them to request an extension to the compliance deadline in the affected zones provided that strict criteria are met and plans are put in place to move towards compliance.

The Commission intends to propose a revision of the National Emissions Ceilings Directive to bring its emissions ceilings into line with the objectives of the Strategy. In addition, a range of other possible measures will be examined, such as the introduction of a new â€œEuro Vâ€ set of car emission standards and other initiatives in the energy, transport and agriculture sectors, the Structural Funds and international cooperation.

The air pollution Strategy is one of seven Thematic Strategies the Commission is required to prepare under the EUâ€™s Sixth Environmental Action Programme (6EAP). The other Strategies will cover the marine environment, waste prevention and recycling, sustainable use of resources, soils, pesticides and the urban environment. They are due to be presented over the next few months. The Thematic Strategies represent a modern way of decision-making. They are based on extensive research and consultation with stakeholders, address the issues in a holistic way that takes into account links with other problems and policy areas, and promote Better Regulation.

Full details of the Strategy are available at europa.eu.int/comm/environment/air/cafe/index.htm 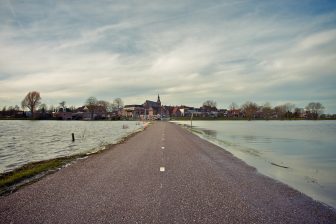