Brussels – The Commission today approved aid granted by France to Alstom in support of its industrial restructuring. However, the aid is subject to strict conditions, including divestments and measures to open up the market. â€œThe important divestment, market-opening and restructuring measures allowor the re-establishmento of sound competition conditions”, Mario Monti, the Commissioner with special responsibility for competition, stated today.

The decision provides compensatory measures in various sectors of the groupâ€™s business, including divestments reducing the groupâ€™s size by 10% in addition to the 20% reduction undertaken by Alstom under the current restructuring plan. The new divestments involve some â‚¬1.6 billion and include industrial boilers, â€œTransportâ€ operations in Australia and New Zealand and freight locomotives in Spain, plus â‚¬800 million in other business activities (2002/03 base) to be specified at a later stage.

The decision also provides that Alstom must, within four years, enter into one or more long-term industrial partnerships in significant sectors in which it operates. Alstom will find partners for major activities in the transport and energy sectors, with such partners operating jointly with it in the fields in which the aid will cause the most sensitive distortions of competition. In addition, the Commission regards implementation of the partnership commitment as essential to dispel any doubts as to the long-term viability of the firm.

The decision provides that the partnerships will, in principle and unless otherwise expressly authorised by the Commission, be concluded with firms that are not, de jure or de facto, individually or jointly, controlled by the French Government, the aim being to ensure that there are no state aid elements that would make the partnerships incompatible with the EC Treaty.

The decision provides that the French authorities must inform the Commission, every three months, of the measures taken and results obtained as regards partnerships.

In the energy sector, an initial partnership will be established for hydro power, with a joint venture being set up under joint control. In the transport sector, in addition to the divestments described above, the decision includes substantial commitments given by France on the opening-up of the French market for railway equipment. The commitments will boost competition and increase transparency on that market to the benefit of consumers. France has undertaken to take specific measures to facilitate the award of public works contracts for railway equipment in France.

So as to ensure that the aid is not used to pursue a policy of expansion, there will be virtually no acquisitions by the company in the transport sector for four years.

France will divest itself of any capital stake within twelve months of Alstom obtaining an investment-grade rating. It will at all events do so within four years. 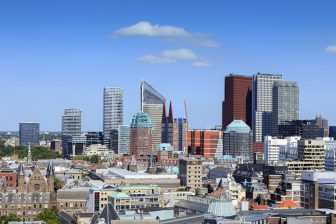 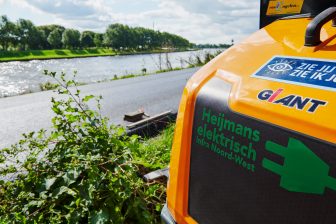 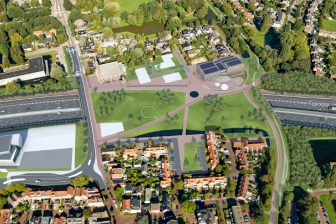