Brussels – Transport infrastructure development was discussed today at a ministerial meeting on a â€œWider Europe for Transportâ€ in Santiago de Compostela, Spain. Improving connections between the enlarged EU and its new eastern and southern neighbours is especially important following the historical enlargement of the Union as well as the recent adoption of the Guidelines for the development of the trans-European transport network (TEN) inside the EU. â€œThis meeting is an important starting point to our discussions with our neighbours on improving our transport inter-connections and identifying priority projects on the main axesâ€ said Loyola de Palacio, the Commission Vice-President responsible for energy and transport.

The participants at the meeting decided to set up a High Level Group with the task to agree on the extension of the major trans-European axes of the TENs to the neighbouring countries including the new Motorways of the Sea, and on the identification of priority projects on these axes. The Pan-European Corridors and Areas form the background for the exercise for Russia and the western New Independent States, including the Black Sea region and the Balkans. For Turkey the process of transport infrastructure needs assessment is underway and, in the Mediterranean region, a project has been launched to develop the Euro-Mediterranean transport networks. In addition to infrastructure measures, other transport policy issues will be looked at including standardisation and interoperability, cross-border and other interconnections, operational procedures and quality requirements, environmental sustainability and modal balance.

Enlargement and the accession of 10 new Member States on 1st May 2004 meant that the external borders of the Union shifted further towards the East and the South, introducing several new neighbouring countries to the EU. The revision of the TEN-T Guidelines aimed at better integrating the new Member States to the Union. Recent studies forecast that rapid growth in trade and transport will continue. By 2020, the volume of traffic between the EU and its neighbours is expected to double.

The existing transport connections between the enlarged EU and its neighbours therefore need to be improved.

The Guidelines for the development of the trans-European transport network (TEN-T) were adopted by the Council and the European Parliament at the end of April[1]. They include a list of 30 priority projects, which are located on major trans-European axes. Motorways of the Sea are also included as a priority project in the Guidelines. The aim is to reduce congestion, improve accessibility and encourage intermodality. At the same time, the EU increased its financial support to 20% of the cost of the projects, for certain key sections such as cross-border sections of these projects.

[1] Decision of the European Parliament and of the Council amending Decision nÂ° 1692/96/EC on Community guidelines for the development of the trans-European transport network and Council Regulation amending Regulation nÂ° 2236/95 laying down general rules for the granting of Community financial aid in the field of trans-European networks; 21/04/2004; JO L 143 of 30/04/2004. 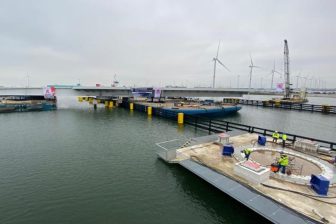 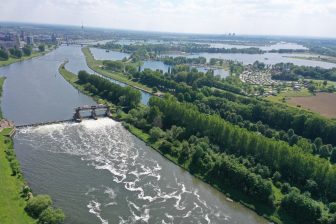