Luxembourg, Luxemburg – The European Investment Bank (EIB) is lending EUR 40 million to Hrvatska Banka za Obnovu I Razvitak (HBOR – the Croatian Reconstruction and Development Bank) to finance indirectly the smaller projects of Croatian SMEs and municipalities in the areas of environmental protection, energy saving, infrastructure, industry and services, including tourism.

The EIB is joining forces with HBOR, a State bank with a profound knowledge of the Croatian market and a well developed network of branches in the country. In addition, SMEs, regional and municipal authorities, to whom the loan is directed, are customers of HBOR and will profit from the improved access to long-term finance provided by the loan.

The current EIB loan is a continuation of the successful cooperation between the EIB and HBOR. The first loan of EUR 10 million signed in 2001 has been fully disbursed in favour of six SME projects.

EIB intermediated loans finance small and medium-sized projects with a total investment cost of normally less than EUR 25 million. These are usually promoted by small and medium-sized companies and smaller municipalities. Intermediated loans are arranged with an EIB partner bank operating in the individual countries. The intermediary banks on-lend the EIB funds to final beneficiaries at their own risk, assessing each project individually. Promoters of small to medium-scale projects must contact the EIB partner banks directly.

The European Investment Bank’s lending operations in Croatia support projects designed to help the country to meet EU accession criteria and integrate rapidly into the Union. Since 2001, EIB lending in Croatia, including the present loan, has reached EUR 1.3 billion. In total, the EIB has provided about EUR 116 million to five EIB partner banks for financing the smaller projects of SMEs and municipalities in Croatia. 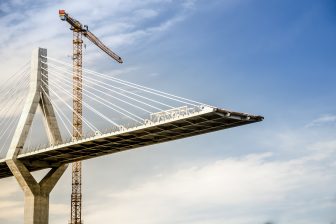