Brussels, Belgium – UNIFE followed the discussions on the Mid-Term Review of the Transport White Paper at the Joint Committee Meeting between the European Parliament’s Transport Committee and the national parliaments of the 27 EU Member States on 26 February 2007 in Brussels.

Mr. Jacques Barrot, Vice President of the European Commission responsible for Transport, underlined the importance of a strong co-operation between the European, the national and the regional levels in the development of European Transport Policy, stressing that reconciling “mobility” and “sustainability” is the basis for social and territorial cohesion and the main condition for Europe’s competitiveness. According to Mr. Barrot, in the Mid-term review of the 2001 Transport White Paper, the objectives of European transport policy remain stable over time, concentrating on enhancing mobility while protecting citizens in the fields of environment, safety and security. However, the Mid-Term Review of 2006 introduces a more flexible policy toolbox focusing on innovation (intelligent transport systems such as SESAR, ERTMS and Galileo) and logistics to answer to the enlargement of the European Union, economic globalization and rising pressure on transport to meet its environmental challenges. In that sense, “co-modality” is not a rupture with existing policies like “modal shift”, but a modern and realistic way to the optimal use of the limited capacities of infrastructure.

A debate followed between the Members of European Parliament and the national parliamentarians on the following two themes:

Mr. Paolo Costa, Chairman of the Committee on Transport and Tourism of the European Parliament, concluded that there is a need to complete the Trans-European Transport Network with new ways of financing combining Guarantee Funds, Public-Private Partnerships (regulated at European level), Cohesion Funds and new forms of taxation (to be decided upon reviewing the European financial perspective in 2009). Furthermore, he mentioned the necessity of internalization of external costs and the importance to link transport policy with other European policies like environment and energy.

Speaking on behalf of the German EU Presidency, Mr. Achim Grossmann from the German Ministry for Transport stated that in order to optimize the European transport system, more freight transport has to be shifted to rail. In addition, he raised the issue of financing and need for progress on energy policy issues. Finally he announced that a high level conference on these topics will be held in the eve of the 22-23 March Transport Council. 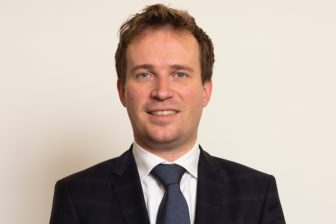 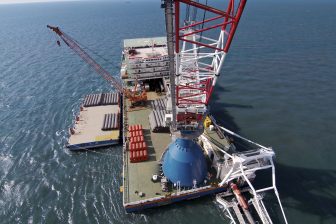