2006 Results: Boosted by solid growth and rising profits, Nexans launches a new strategic plan for 2007-2009 and enters a new phase of its development

Paris, France – The Nexans Board of Directors, which met on January 30, 2007, with Gérard Hauser as Chairman, has approved the accounts for 2006.

These results led the Board of Directors to propose the payment of a dividend of 1,20 euro per share, a 20 % increase compared to 2006 (1 euro), for decision by the General Shareholders’ Meeting.

Nexans has announced the signing of a deal with Superior Essex for the sale of its winding wires activities in Canada and in China for 32 million euros. These agreements relate to the Simcoe plant in Canada and Nexans’ 80% majority interest in Nexans Tianjin Magnet Wires and Cables company.

(a) Olex, consolidated from December 31, 2006, is included in the balance sheet but not included in either the sales figures or the results
(b) To neutralize the effect of variations in the purchase price of non-ferrous metals and thus measure the underlying sales trend, Nexans also calculates its sales using a constant price for copper and aluminum.
(c) A management indicator used by the Group to measure its operational performance
Continued concentration on cable businesses.

Success of the 2005-2007 strategic plan and launch of a new 3-year plan
The Group has achieved the objectives set in its 2005-2007 strategic plan a year earlier than predicted. In February 2005, Nexans was aiming for organic growth of approximately 4% a year and an operating margin of approximately 5% by 2007. At the end of 2006, the average annual growth rate of the business was 6.7% over the period 2005-2006, while the operating margin at constant metal prices reached 5.8% in 2006.

The Group had also committed to increasing sales in its priority sectors such as energy and transport infrastructures, automotive, automation or shipbuilding. Two years after this plan was launched, Nexans’ sales in its priority sectors showed an increase of 30% (at current consolidation scope) and an increase of more than 40% in sales outside Europe.

Boosted by this result, Nexans is pursuing its expansion, 2007-01-31 announcing a new 3-year strategic plan for 2007-2009 which aims to make Nexans a more profitable company, less sensitive to economic cycles and focused on a smaller number of business sectors with strong synergies between them. Following on from the existing strategy, Nexans will rely on three core business sectors: energy infrastructure, OEM and construction markets.

A new phase of its development
Commenting on the 2006 results, Nexans Chairman and CEO Gérard Hauser said: "Our results are highly satisfactory since we reached our 2005-2007 objectives a year ahead of time. Despite particularly high raw material prices in 2006, the company has achieved strong growth and rising profits. We have also stepped up our presence in the developing regions and pursued our development in high added value specialty products. On the basis of these results, we are today announcing the launch of a new strategic plan for 2007-2009, the main objective of which is to make Nexans a global player in the infrastructure, OEM and construction markets with energy cables as its engine for growth. After refocusing our conductor activities on our own requirements, this plan should enable us, by 2009, to achieve sales of 5 billion euros at constant metal prices, a 7.5% operating margin, a return on capital employed (at 2006 metal prices) approaching 13% and positive net cash flow.

For 2007, we are aiming for an increase in sales at constant metal prices of approximately 4% (taking into account the decision to reduce our exposure to the electrical wires sector), an improvement in our operating margin (the level of which is always difficult to determine at the beginning of the year), and a neutral cash flow >[1] situation".

These objectives, set on the basis of sales calculated at constant metal prices, presuppose that the worldwide economic conditions observed in 2006, particularly in the emerging countries and in the oil industry, will continue unabated through the period of our new strategic plan.

Appendices are available on the Nexans Web site at www.nexans.com

About Nexans
With energy cables as its core, Nexans, the worldwide leader in the cable industry, offers an extensive range of cables (copper, aluminum and optical fiber) and cabling systems. The Group’s strategy is focused on infrastructure, industrial and construction markets. Nexans develops solutions for industry sectors such as shipbuilding, oil and gas, nuclear, automotive, electronics, aeronautics, handling and automation and includes an offering dedicated to public and private (local area) telecommunications networks.

With an industrial presence in more than 30 countries and commercial activities worldwide, Nexans employs 21,000 people and had sales in 2006 of 7.5 billion euros. Nexans is listed on the Paris stock exchange, compartment A of the Eurolist of Euronext. More information on www.nexans.com 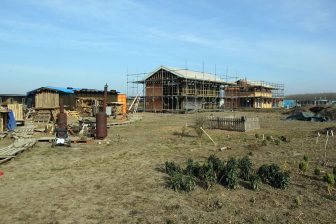