Brussels, Belgium – The European Commission has come to the preliminary conclusion that Italy has violated Article 21 of the EU Merger Regulation due to the lack of authorisation for the transfer of the motorway concession within the new entity resulting from the planned merger between Abertis and Autostrade. This is a merger of a European dimension falling within the exclusive competence of the Commission under the EU Merger Regulation. In particular, the Commission has serious doubts about the compatibility with Article 21 of the Italian authorities’ failure to fix in advance and in a sufficiently clear manner the claimed public interest criteria for the conduct of the authorisation procedure and the failure to adopt an authorisation decision for the transfer of the concession. This lack of authorisation was one of the reasons cited by Abertis and Autostrade for abandoning the planned merger, which was approved without conditions by the Commission on 22nd September 2006 (see IP/06/1244 ). Last October, the Commission had already expressed its doubts with regard to previous decisions refusing the transfer of the concession (see
IP/06/1418 ), but these decisions were subsequently withdrawn (see MEMO/06/414 ). The Italian authorities have 15 working days to express their views on the Commission’s preliminary assessment.

The Commission does not contest that national authorities may verify that a concession holder will remain financially viable and able to carry out its investment obligations after a merger. However, the national authorisation process should relate to changes brought about by the merger itself, and should not be used to obtain concessions regarding past regulatory failures, or to solve possible future problems arising from the provisions of an existing concession (see MEMO/07/1 ). For example, the Commission takes the preliminary view that a €2 billion extraordinary Autostrade dividend, foreseen as a condition of the merger, would not endanger the financial viability of the concession and related investments because Abertis brings other assets and cash flow to the merged entity, with the result that the financial outlook of the merged entity would be at least as favourable as that of the unmerged Autostrade in the medium term.

After an in-depth analysis of the Italian authorities’ behaviour in the framework of the authorisation procedure, the Commission has come to the preliminary conclusion that:

Background
Under Article 21 of the EU Merger Regulation, the Commission has exclusive competence to assess the competitive impact of concentrations with a European dimension. Member States cannot apply their national competition law to such operations. Moreover, Member States cannot adopt measures which could prohibit, submit to conditions or prejudice (de jure or de facto) such concentrations unless the measures in question:

Public security, plurality of media and prudential rules are interests that are recognised by the Merger Regulation as being legitimate, but specific measures must still be proportionate and fully compatible with all aspects of Community law. National measures liable to prohibit, submit to conditions or prejudice a concentration with a Community dimension for the protection of any other interest must be communicated to the Commission before their adoption and entry into force.

The European Commission approved on 22nd September 2006 under the EU Merger Regulation the proposed merger of Abertis with Autostrade (see IP/06/1244 ). After examining the operation, the Commission concluded that the proposed transaction would not significantly impede effective competition in the European Economic Area (EEA) or any substantial part of it. 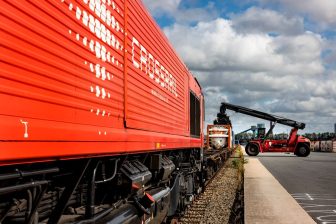