Manila, Philippines – ADB will help rehabilitate Cambodia’s railway network and reconstruct destroyed lines as a step toward boosting regional transport links, through a US$42 million loan to the country under the Greater Mekong Subregion Program.

Cambodia’s railway is in poor condition because of war damage and decades of neglect. The last 48 kilometers of track toward the border with Thailand were completely destroyed during the conflict.

The project will rehabilitate almost 600 km of track, associated bridges and other structures, and will rebuild the destroyed link to Thailand that will reestablish railway traffic between the two countries.

The project will also improve rail transport to and from the ports in Sihanoukville and Phnom Penh, to better serve the country’s international trade. Last, the project will restructure the railway sector and privatize railway operations under a public-private-partnership arrangement.

“Faced with deteriorating railway services and lacking the resources to turn the railway around on its own, the Government requested ADB to prepare a comprehensive project for rehabilitation and restructuring of the railway. The goal is to turn the railway into a self-sustained and efficient provider of transport services that will benefit the country in the future,” says Peter Broch, an ADB Transport Economist and mission leader for the project.

“The railway in Cambodia forms a strategic part of the Greater Mekong Subregion’s Southern Corridor that connects Cambodia, Thailand, and Viet Nam. Restoring it will pave the way for the proposed future construction of a new railway line between Phnom Penh and Ho Chi Minh City in Viet Nam. This would complete the Singapore-Kunming Railway Link and further strengthen economic development and regional cooperation among the three countries.”

Within Cambodia, efficient railway services will improve the efficiency of the transport sector at large by offering a safe and cost-effective alternative to truck transport for heavy and hazardous cargoes such as cement, containers and fuel.

This would help to reduce general transport costs and would cut down future heavy truck traffic on the roads. This in turn reduces the future cost of road maintenance and the risks of traffic accidents, by easing traffic and keeping transports of hazardous materials away from crowded villages and towns.

ADB’s loan accounts for 57% of the total $73 million cost of the project, which is cofinanced by a $13 million loan from the OPEC Fund for International Development, to be administered by ADB. The Government of Malaysia is providing a grant (in kind) of rails for reconstruction of the destroyed line to Thailand. The Government of Cambodia will contribute $15.2 million.

The ADB loan comes from its concessional Asian Development Fund and carries a 32-year term, including a grace period of eight years. Interest is charged at 1% per year during the grace period and 1.5% per year subsequently.

The Ministry of Public Works and Transport is the executing agency for the project, which is due for completion in 2009. 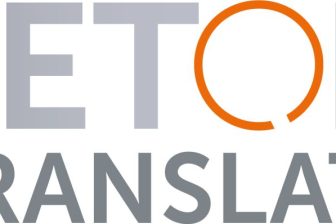