Berlin, Germany – In Berlin 2007-04-20, the Federal Minister of Transport, Building and Urban Affairs, Wolfgang Tiefensee, and the Federal Minister of Economics and Technology, Michael Glos, opened the EU/G8 Conference on "Energy Efficiency – Shaping Tomorrow’s World" within the framework of the German EU Council Presidency. The two-day conference is focusing on strategic issues relating to the greater promotion of energy efficiency and energy conservation and on energy efficiency issues in the electricity, buildings and transport sectors.

Wolfgang Tiefensee stated: "At next Wednesday’s meeting of the Federal Cabinet, we will discuss the introduction of mandatory energy certification for buildings. At the end of this year, we will introduce energy certificates for existing buildings. This will give tenants and purchasers a clear overview of the heating and hot water costs they can expect. This will influence the decisions taken by tenants and purchasers, and that is the intention of the Federal Government. In doing so, we will create the necessary transparency on the property market. All this will be governed by the Energy Conservation Regulations.

Many of the requirements contained in the EC Energy Performance of Buildings Directive are already in force in Germany. Germany is thus a European league leader in this respect. The Energy Conservation Regulations will add a further major building block to the Federal Government’s climate change policy.

But we have even more ambitious goals. In the future, our new buildings will have to meet even higher energy standards, and we also have to improve the energy efficiency of existing buildings. For this reason, after we have introduced energy certification, we will take a second step next year and raise the standards required by the Energy Conservation Regulations. The energy balance of new buildings has to be improved by up to 30 percent. The same is to apply to existing buildings if they are extensively modernized. We are committed to a combination of different instruments, transparency as in the case of energy certification, incentives through the programme to reduce CO2 emissions from buildings, and ambitious targets.

Climate change and the efficient use of energy are closely interlinked. Enhancing energy efficiency benefits the purse and the environment. Home owners and tenants in Germany could, for instance, save around 40 billion euros in heating costs between now and 2020 – if they made use of the possibilities for refurbishing buildings. Many people do not know that buildings account for around 20 percent of CO2 emissions in Germany. With well-insulated apartments and houses, the heating costs for an 83 square metre rented dwelling can be reduced by up to 500 euros. The best energy is that which is saved."

Michael Glos stated: "The economy and the environment need an appropriate, sustainable framework. This will not materialize by itself. The Federal Government has thus made the issue of energy efficiency one of the priorities of its EU and G8 Presidencies. Globalization and climate change show us all that these are worldwide challenges. Making significantly more efficient use of energy is absolutely essential if we are to have a safe and low-cost environment and ensure a resource-conserving supply of energy to international markets, and is thus indispensable for worldwide economic growth that preserves for future generations the natural resources and social basis that they require. That is what we want to discuss with our partners from all over the world."

At the forthcoming summit in Heiligendamm in June, the G8 countries will discuss the continuation of the Gleneagles Initiative and stress enhancement of energy efficiency as a key field of action for future international economic policy. At the international level, ways are being sought to establish effective post-2012 climate change targets. In its Energy Efficiency Action Plan, the European Commission has proposed an international framework agreement on energy efficiency. The EU Member States are currently preparing national energy efficiency action plans.

The German EU and G8 Presidency is keen to contribute national and European experience to a global dialogue. The conference will show that it is possible to further decouple worldwide economic growth from energy consumption. Enhancing energy efficiency is the key to achieving this, said Mr Glos. 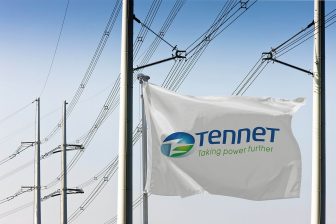 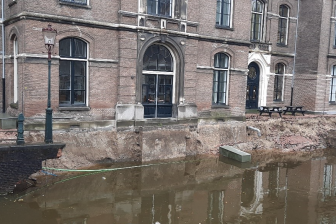